About Us > Being Franciscan > What Is A Friar? > Where Are They Now?

Over the years, there have been many friars who’ve been a part of our parish family. Of those who have left us to other assignments, where did they go? Below you’ll find updates on some familiar faces. Read what they’re up to now and catch up with them if you’d like. We remember them fondly and keep them in our prayers. 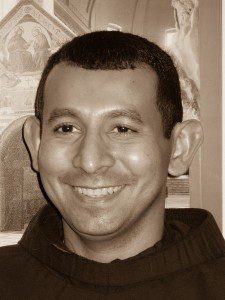 Br. Juan
Since leaving Sacred Heart last summer, our resident artist, Br. Juan del La Cruz Turcios has been working full time in a Franciscan parish in Camden, NJ. The parish is in one of the very poor sections of Camden and is home to many people from Latin America who are finding their way in life here in the USA. Br. Juan is very active in the parish school, the youth groups, and with the young adults, especially with the Latinos. Part of the parish ministry is advocating for change and improvement in the “forgotten part” of Camden,” and so Br. Juan is learning a lot about community organizing on a religious basis. And yes, he is keeping up with his artwork. If you would like to contact him, he can be reached at St. Anthony of Padua Parish, 2818 River Rd., Camden, NJ, 08105. You can also see the parish on Facebook: there are lots of pictures of Br. Juan there. 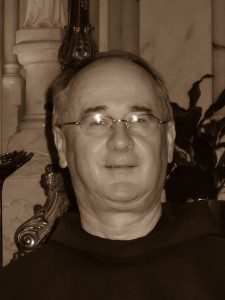 Fr. Andrew
Fr. Andrew Reitz OFM, the first Franciscan pastor here at Sacred Heart, left in 2011 to take up a very challenging role as Pastor of St Francis of Assisi Parish in mid-town Manhattan. St. Francis is a very diverse urban ministry center, with a thriving young adult and Filipino and Korean communities. Given that the parish is located less than a block from Penn Station, parishioners come from all over Manhattan and other NYC boroughs, but mid-town is also changing with more and more residential buildings being built, and so Fr. Andrew is a major part of helping St. Francis also become a “parish” with folks who live nearby, even as they keep the “urban ministry center” aspect alive and thriving. As large as that is, that is not the only part of his work. He is also chairman of the St Francis Breadline, source of morning food for the poor and homeless of NYC, continuously operating since 1930. The “bread line” typically serves 300 people per morning. There are many more responsibilities and you begin to understand why our Franciscan Province tapped Fr. Andrew to become pastor. If you would like to give him a shout out, you can reach him by email or via St. Francis of Assisi Church, 135 W. 31st Street, New York, NY, 10001.

Fr. Julian
Fr. Julian Jagudilla OFM, might be better known as Br. Julian when he was assigned here for a year as part of his pastoral formation to become a priest from July, 2006- June, 2007. While here he was very active in RCIA, Bible Study, and outreach ministries.

Br. Julian returned to seminary was ordained to the priesthood in May 2008. His first priestly assignment was as Parochial Vicar at both St. Francis of Assisi in Raleigh, NC and Assumption Parish in Wood Ridge, NJ. He’s currently serving at St. Francis of Assisi in New York City as both Parochial Vicar and Director of the Migrant Center, which is a newly organized ministry. If you’d like to contact him to say hello, click here. 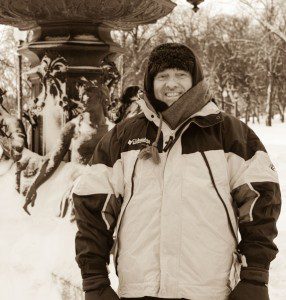 Fr. Barry
Fr. Barry Langley OFM, was part of the first Franciscan pastoral team which arrived in 2005. He served at Sacred Heart until January, 2007. After leaving, he became Assistant Executive Director at St. Anthony Shrine & Ministry Center in Boston.

He currently still serves at the Shrine presiding at Masses, hearing confessions as well as coordinating for the Seniors Program and as friar liaison with the 20s/30s Boston Young Adult Ministry and Lazarus Program, which buries the unwanted dead – the homeless and abandoned babies in the Boston area. On his off time, he enjoys cooking and photography, is a big movie buff, and serves as a chaplain on cruise ships for several weeks each year. While he misses everyone at Sacred Heart, he does not miss our warm winters. If you’d like to contact him to say hello, click here.

Fr. Roch Coogan, OFM
Fr. Barry Langley OFM, was part of the first Franciscan pastoral team which arrived in 2005. A professed Franciscan friar for 63 years and a priest for 58, died Thursday morning, August 1st, in St. Petersburg, FL. Fr. Roch was part of the original team of friars who came to Sacred Heart in 2005 along with Fr. Andrew, Fr. Sean, and Fr. Barry. He was active here for a year when his health began to decline. Fr. Roch moved to the retirement friary in St. Petersburg where he remained active on a reduced schedule. His ever present smile and warm welcome will be remembered. May he rest in peace.

© 2020 Sacred Heart Catholic Church
Made with ♥ by Diocesan