We invite you to watch a short video (created by our Pastoral Year Seminarians!) that shows seminary life and explains the financial funding sources. 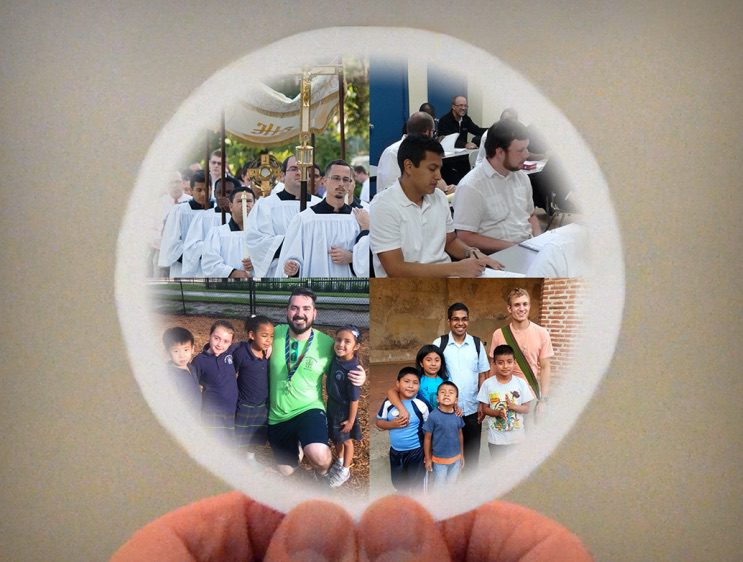 Why are we doing a special collection for Seminarians – doesn’t the Annual Pastoral Appeal pay for that?
There is good news and bad news. The bad news is that the Annual Pastoral Appeal (APA) has never quite been enough to cover all the expenses of the 24 seminarians. The good news is that there was a generous donation that set up a Seminarian Burse Fund to supplement the shortfall in APA donations. The even better news is that we now have 30 seminarians in studies, which means the Burse Fund will be depleted in two years as the extra costs are covered.

How is the $1.8 million of expenses covered?
We, the faithful of the Diocese of St. Petersburg, have the responsibility to fund the formation and education of our future priests. Your donations to APA are the principal means for covering the expenses.

What will happen to the funds collected in this Special Collection?
Through this special collection, we are trying to raise the monies needed to increase the Seminarian Burse Fund and provide funds to cover the gap between what is raised/budgeted with APA dollars and what the full cost of seminarian education and formation is each year until our new interest-bearing accounts yield consistent funding, reducing the cost per seminarian.

Does this mean we will have a collection every year?
It depends. The goal is to rebuild up the capital in the Burse Fund, so that if there is a shortfall in needed funds from APA, the accrued interest in the Burse Fund can make up the difference. We might need to have this collection for several years to reach that goal. But this is a wonderful problem to have. It means we have vocations!