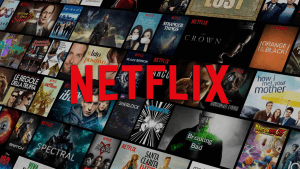 Not surprisingly, even though stock market prices and valuations are way down, Netflix stock price is about the same as it has been – so relatively speaking it is doing quite well. To be expected as we all shelter in place. Measurement firm Nielsen on Tuesday released a new analysis on consumers’ streaming behavior since millions of people have been told to shelter at home. It is estimated that consumers watched more than 156 billion minutes of streaming content during the week of March 16, a 36% increase from three weeks before, when viewers not yet stuck at home streamed some 116 billion minutes of content.  Yes, billions.

Each day millions of Catholics all over the world stream the celebration of the Eucharist into their homes now that their local churches are shuttered. It would be fascinating to know how many stream the Mass on Sunday. It would also be interesting to know what percentage of viewers of a live streamed Mass watch exactly the way they watch Netflix – at least in terms of posture, steaming cup of tea/coffee, a snack, in pajamas, and… well, you know the ambiance in your home when watching Netflix.

I wondered what I would so if I were watching a live stream Mass in the comfort of my room. Whatever was the ambiance and posture it would likely be out of habit: room, streaming video, recliner…check. All I can do is wonder because I am the person on the live stream celebrating the Mass and I celebrate in exactly the same and proscribed way.

It is 90% plus the same, at least the part that is prayerful, such as the Liturgy of the Eucharist. But even in those moment, the moment is “off”, the rhythms disturbed when “The Lord be with you” is met by a stunning silence or muted at best. I am happy and privileged to be able to celebrate the Eucharist, but it is not the same. Mass, especially Sunday celebrations should be together with the community. I miss the cacophony of voices responding “And with you spirit.”

In praying and reflecting upon this, I have thought, “Well maybe that fair in its own sad way. The people are at home longing for the Real Presence in the Eucharist. You’re at church longing for their real presence in the pews. You suggest that people at home make a spiritual communion with Christ.  Maybe you need to make a spiritual communion with the Body of Christ, the people of God, at home participating and celebrating with you.”

And that is when I began to wonder about Netflix.

As I began to reflect on what such a spiritual communion might “look like,” I saw myself ensconced in my recliner just watching. And then my imagination took a wrong turn, creating a scene in which I got up for a snack as soon as the homily began. And… and at that point I focused again on the spiritual communion. While this physical separation from each other is only temporary, it raise real spiritual questions: how do we make liturgy alive in our homes?

Maybe the solution is straight forward. Participate in the Mass in a similar way. Get dressed for church. Create a holy environment with a table cloth or nice covering on the coffee table or kitchen table. Enhance the decor with lighted candles, a cross or crucifix, and an open Bible – opened to the Gospel for the day. Maybe symbolically place wine and bread on the table. Be creative! Carve out a space that’s different, put the cell phone on silent, if watching on a computer/laptop make sure there are no other apps running, no other tabs open. At Sacred Heart we make the Mass readings one click away… click! The hymns are also available on a downloadable worship aid. Download! And then participate: stand, sit, kneel, sing, respond and make a spiritual communion.

And if you have kids in the home, your creativity is even more important, more challenging. But you know what? There are some pretty amazing parents and older sisters and brothers that are more than gifted and will rise to the challenge.

Maybe we sense a digital gap separating us during the one celebration meant to unite us most intimately. But we can prepare and be intentional.

Jesus bridged the gap between heaven and earth. With a little preparation, we can gap bridge the digital divide as we celebrate Jesus’ life, death and Resurrection.