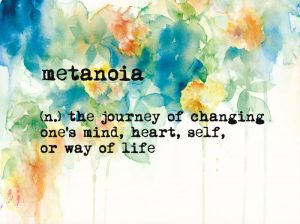 Reflections on the Common Good

Marked with an ash-cross on our foreheads we began Lent with the hope that we would encounter the transforming effects of the cross of Jesus Christ in our upcoming Easter celebration and ultimately when we face our personal transition from this life. With these goals in mind, Lent becomes a critical season for us to enter into intense periods of prayer, fasting, and almsgiving in order to experience a “change of heart” – a metanoia – that will help us look upon the world and respond to the needs of others with the love and compassion of Jesus.

Such a profound change of heart unfolds gradually in an ongoing dialogue between a believer and God. This dialogue involves the privileged encounter with God in the scriptures so that we might feel what the “heart of God” feels and that we might deliberate with the “mind of Christ.” In this process, we come to appreciate how human thought and activity is evaluated from God’s perspective. We quickly discover that God’s thoughts are not our thoughts, and God’s ways are not always our ways (cf. Is 55:8). Another example of God’s unique perspective on the human order is found in Psalm 34 when the psalmist proclaims “the Lord hears the cry of the poor” (Ps 34:1). Adopting this view into our Lenten dialogue impels us to ask ourselves – “do we hear the same cry?”

This perspective and the numerous questions that we encounter in our reflection on the revealed Word of God require some assistance. The Prophet Isaiah is a regular companion for believers reflecting on God’s Word during Lent. Isaiah asked the people of Israel to consider the difference between their approach and God’s approach to the practices of prayer, fasting, and giving alms. The difference is seen first in a series of questions that are posed:

Why do we fast, and you do not see it? Afflict ourselves and you take no note of it?… Would that today you might fast so as to make your voice heard on high! Is this the manner of fasting I wish, of keeping a day of penance: that a man bow his head like a reed and lie in sackcloth and ashes? Do you call this a fast, a day acceptable to the Lord? (Is 58:3,5)

Then the difference is made clearer in the challenging response that is given:

This, rather, is the fasting that I wish: releasing those bound unjustly, untying the thongs of the yoke; setting free the oppressed, breaking every yoke; sharing your bread with the hungry, sheltering the oppressed and the homeless; clothing the naked when you see them and not turning your back on your own … Then you shall call, and the Lord will answer, you shall cry for help, and I will say: Here I am! (Is 58: 6-7,9)

As we enter into this forty-day period of prayer, fasting, and almsgiving, we must challenge ourselves, as the psalmist did and as Isaiah did, to see, to judge, and to act upon the moral dimensions of the numerous social and political issues that surround us on a daily basis. We needt he “heart of God” and the “mind of Christ.” While the list of political and social issues is extensive, it certainly includes: establishing appropriate and humane immigration policies; securing accessible and affordable healthcare for all; eradicating the denial of civil rights based on race, ethnicity, nationality, religious beliefs, and sexual/gender identity; protecting the earth and our natural resources; overturning unjust economic policies that widen the gap between the rich and the poor; stemming the rise of violence; and avoiding unchecked defense spending that promotes an arms race and offers a false sense of security undermining global peace.

When we considered these types of issues, our religious and moral convictions can, and often do, come into conflict with popularly-held political and social proposals – leaving us with the uncomfortable mixture of the “forbidden topics” of politics and religion. The ever-present temptation with such issues is to avoid public, and even private, discourse about them because if we dare express our view we might further tensions with our conversation partners that could lead to disagreements and breaks in relationships. Sadly, over-concern about potential disagreements can blind us to the serious moral concerns that are inherent in the mix of these issues and lead to an uncomfortable, unnecessary, and, in some instances, immoral silence.

Roman Catholic social teaching can be particularly helpful in clarifying our vision and strengthening our voice and resolve. The words, “politics” and “religion,” can be understood in a broader context than we usually hear them addressed. Within the Catholic framework of social thought, the term “politics” is never limited to petty partisan squabbles, nor is the term “religion” reduced to simplistic propositions concerning the validity of claims about the superiority of one belief system over and against another. Rather, both of these terms can and should be understood in relationship to the concept of the common good.

Informed discussions about political realities should draw meaning from the classical use of the word “polis” which refers to the “city” or “public space” wherein deliberation and discourse take place about those matters which touch upon shared human concerns or the common good. Our brother Ken Himes, O.F.M. brings needed clarity to this point (and many others) in his book, Christianity and the Political Order – Conflict, Cooptation, and Cooperation, Orbis Books 2013. Ken’s book is filled with examples of how the concept of the common good, in history and in our times, has shaped the Church’s outlook and action upon the numerous issues that form the political and social agenda.

The concept of the common good in Catholic social thought is not only a political reality but it is also a religious reality with roots in creation theology. A relational God (Father, Son, and Spirit) creates human beings to be in relationship with God, with other human beings, and with the entire created order. The Second Vatican Council’s document, Gaudium et Spes – Pastoral Constitution on the Church in the Modern World (1965) understands the common good as: the sum of those conditions of social life whereby persons, families, and associations more adequately and readily attain their own perfection. (cf. # 74). Recently, Pope Francis, in his encyclical, Laudato Si – On Care for Our Common Home, (2015), shared this perspective and developed it to be inclusive of personal, social and ecological concerns. The pope proposed an “integrated approach.” Applying the traditional concept of the common good to the current environmental crisis, he writes:

We are not faced with two separate crises, one environmental and the other social, but rather with one complex crisis which is both social and environmental. Strategies for a solution demand an integrated approach to combating poverty, restoring dignity to the excluded, and at the same time protecting nature. (cf. # 139)

Creation, then is the appropriate theological starting point for advancing the value of human community and the value of shared natural resources as part of a concerted effort to promote the common good. A good rule of thumb to remember is: those activities that enhance the quality of human community and foster the good of the created order are deemed moral goods and worthy of pursuit; while those activities that unjustly exclude people from community, or exploit the resources of the earth are considered moral evils.

Complementing and building upon the foundation of creation, Catholic social teaching also discusses the concept of the common good in relation to the love command articulated in the Gospel. Jesus charges his disciples to be known for their love of God and their love of neighbor. The love that Jesus calls us to express is not narrow and limited, but rather broad and universal. We recognize this perspective in the narrative response that is given in Luke’s Gospel to the famous question: “Who is my neighbor?” As we know, the neighbor, in the love command, is not confined to one’s family, friends, or fellow citizens. No, the neighbor is – the stranger, the immigrant, the refugee, the poor, the sick, the neglected, and the over-looked – in short – the “little ones” (minores) who are forced to live life on the margins of society (cf. Lk 10: 29 – 37). As followers of Francis of Assisi, we proudly identify ourselves with the minores and we must then “never turn our back on our own.” We must speak and act on behalf of the common good of all.

The Lenten journey toward metanoia is indeed a spiritual exercise because it involves both a new way of being and a new way of acting. However, such a journey should never be “spiritualized” in the distorted sense of being disconnected or out of touch with the world around us. Life in our fraternities and ministries demands that we pay attention to the social and political issues that touch the common good. We can only proceed on this journey with God’s grace and with moral courage. If we are to see, judge and act as Jesus did we must be prepared to embrace the cross in all its dimensions. The cross that marked our foreheads on Ash Wednesday must transform us from within and lead us to act with the “heart of God” and the “mind of Christ” so as to foster the common good.