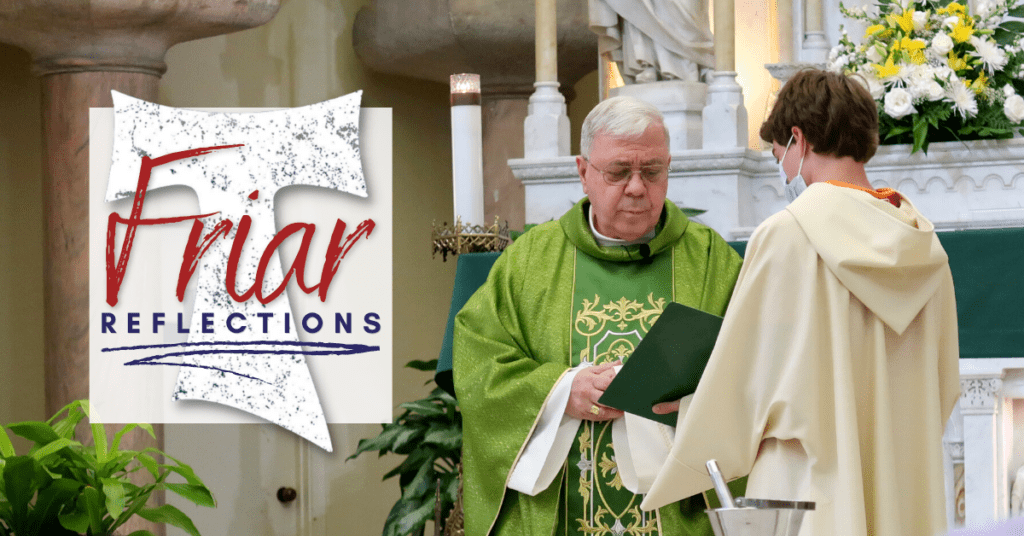 This weekend we celebrate the fourth Sunday of Lent, and the theme for our reflection centers upon love and forgiveness, as presented to us in the gospel of Luke.

The parable of the Prodigal Son is a story about God’s unconditional love and forgiveness for all of us. It is a story of mercy, compassion, and unwavering love, despite our faults, failings, and weaknesses.

It is a story of a man who left his home, his father, and his family, taking all his inheritance in search of happiness and fulfillment in life. The only problem was that he thought he could find happiness in what the parable calls a “life of debauchery.” As we learned from this parable, the Prodigal Son tried to find happiness by satisfying his every desire, whether moral or immoral. This eventually led him to living as a farmhand, feeding pigs and being treated poorly by others. Coming to his senses, we are told that he returned home, asking his father for forgiveness, to which his father embraces him and welcomes him back with open arms.

However, we also see the reaction of the older brother, who finding out that his younger brother has returned home asking forgiveness from his father for living an immoral life, is enthusiastically welcomed by his father, who celebrates his return with a banquet.

Being always obedient to his father, the older son becomes angry because he believed he has been treated unfairly. The father reminds his older son that all he has belongs to him, but his brother, who was dead to sin, has now come “back to life.”

You could argue the younger of the two sons mirrors the struggle today within society, and the emphasis we place upon success, money, power, and prestige. We live in a materialistic world, where the belief that money is all we need to be happy and successful in life – much like what the Prodigal Son believed. The reality is that in many ways we are facing a spiritual famine in our country and world at this time. Because of this spiritual famine, in some ways, we have ended up like the younger son, who eventually found himself caring for pigs. We see this in our day-to-day living, witnessing drug and
alcohol abuse, all kinds of fraud, theft, violence, murder, human trafficking, marital infidelity, priestly infidelity, the lust for power and control of others, and wars, like we’re seeing in Ukraine.

This passage from St. Luke’s gospel about the Prodigal Son on this fourth Sunday of Lent gives us all cause to stop and reflect upon the tender love, compassion, and mercy of our Heavenly Father. It also gives us the opportunity to reflect upon our own state in life and offers to us some very poignant questions for our meditation as we approach the midway point during this holy season.

We must ask ourselves: “Am I compassionate towards others?” “Do I allow God and the Holy Spirit to guide my thoughts, words, and actions?” “Do I offer forgiveness to those who intentionally hurt me? “Do I repay evil with evil, or do I offer love in return?” We all live in a very volatile, hostile, and angry world. We live in a world where violence has become commonplace, and all too often at the expense of the innocent and the most vulnerable of society.

I offer this reflection to you as we draw ever closer to the joyous feast of Easter. I invite all of you to join me in prayer, asking our Heavenly Father to bring peace to our troubled world, to help us to offer compassion and charity to those around us, and show all of us how to live in mutual respect and love towards all people.

There is an old saying “the grass always looks greener on the other side.” There  are many temptations in life, and many false voices that tempt us by saying “follow me” or “follow your desires and you will find happiness.” The best offer of happiness comes from God: “all I have is yours.” God, our Heavenly Father, is there waiting for us to come to him, waiting to embrace us and welcome us into His Heavenly banquet. Therefore I invite you for the remainder of Lent to make an effort to answer his invitation, and come home to the Lord. Let us in faith go into God’s house and enjoy His Heavenly banquet, for God is love, and whoever lives in love, lives in God and God in them.

Peace and all good
Fr. Ron