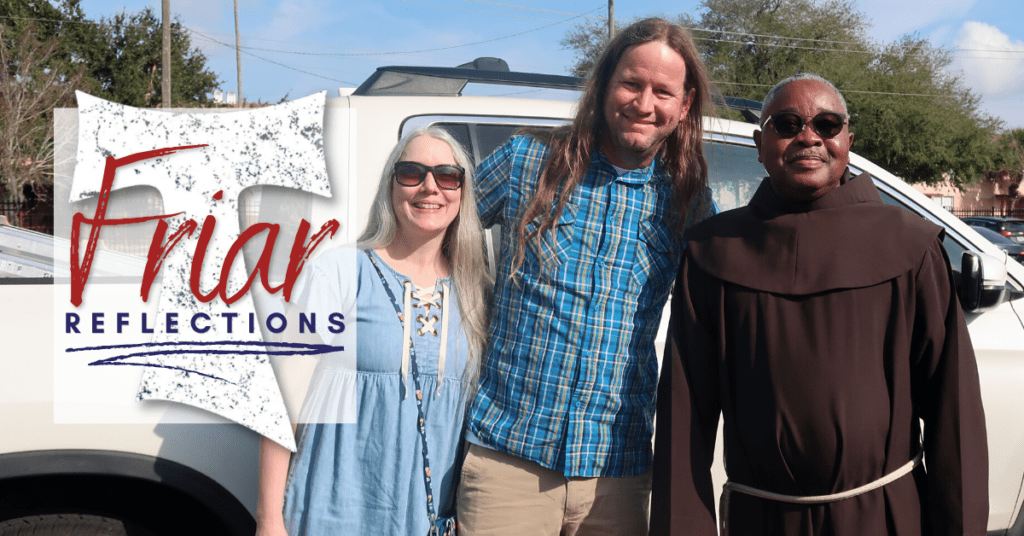 Who or what are saints? Many of you will have a relatively strong idea of how to answer that question but might be surprised by the flexibility of the word within our Church. The term simply refers to those who tried to live a holy life. Saints were normal people, just like us. They exhibited traits I would hope most of us try to exhibit; being kind, gentle, merciful, an active listener, joyful, peaceful, faithful, or hardworking towards the needs of others. Saints work to love in specific or broad capacity. All those who are in heaven are called saints. You’ll hear Fr. Steve refer to our congregation as saints. He’ll greet you at the beginning of Mass or even this column when he pens it saying, “the saints of God, the Lord be with you!”

The less ambiguous version of the title will likely have been your answer to this question. Saints are officially recognized, after their death, by the Church for what God has done in the life of that person when they were alive. Through a lengthy process involving an in-depth investigation of the person’s life and verifying at least two miracles through that person’s intercession, the Church will move toward beatification, and later, canonization.

We often associate saints with martyrdom, famous deeds, or courageous acts, but there are so many that would not fit that mold. Saints don’t have to be from a religious order, either. There isn’t a need to be priest, nun, brother, etc. There are lay people of all sorts who lived a saintly life, including many who may have experienced difficulty within their lives. There are saints who were disliked or shunned in their time. There are saints who had an unfaithful spouse or were orphaned. There are saints who left the Faith and later returned. There are saints who were homeless, illiterate, neglected, or poor. You get the picture. Very often it is a holiness found just as easily within our next-door neighbors as with those more famous figures. You might call them “the middle class of holiness.”

Saints are not superhuman, nor were they born perfect. They are like each of us. They are people who, before reaching the glory of heaven, lived normal lives with joys, sorrows, struggles, and hopes. What changed their lives? It was the experience of God’s love. They spent their lives giving to others, they endured suffering and adversity without hatred and responded to evil with good, spreading joy and peace.

Even the most famous of saints did not lead lives that were distant or unreachable. On the contrary, they are people who lived with their feet on the ground. They experienced the daily toil of existence with its successes and failures, finding in the Lord the strength to rise again and again to continue their journey. A true saint finds God in the present; the here and now. We memorialize saints not to forget the realities of the earth, but to use their example and face what is in front of us with greater courage and hope.

The following are a selection of modern saints recognized by the Church for the lives they lived:

St. Katharine Drexel is the second American-born saint to be canonized by the Catholic Church. Born in 1858 as an heiress to a large bequest, Drexel became a religious sister and a brilliant educator. Following the passing of her stepmother, and later, her father, Drexel involved herself in aiding Native and African Americans both financially and spiritually, going so far as to consult with Pope Leo XIII, who suggested she become a missionary. In 1891, Drexel established the Sisters of the Blessed Sacrament, whose members would work for the betterment of Native and African Americans. Using her inheritance, Drexel opened dozens of missions and schools, including a mission for the Navajo tribes of Arizona and New Mexico that was aided by the friars of the St. John the Baptist Province. St. Katharine Drexel was beatified in 1988 and canonized in 2000.

Saints Louis Martin and Zélie Guérin, a pair of French saints, are the first couple to be canonized into sainthood (2015). Louis, trained as a watchmaker, desired entry into the religious life, but his inability to speak Latin saw that desire unfulfilled. After moving from Bordeaux to Normandy, Louis met his match. Zélie, a skilled lace maker, also found disappointment attempting to enter the religious life. The two married and raised five girls. Following Zélie’s death in 1877, Louis moved his family to Lisieux, where his youngest daughter entered a monastery at just 15, later becoming St. Thérèse of the Child Jesus.