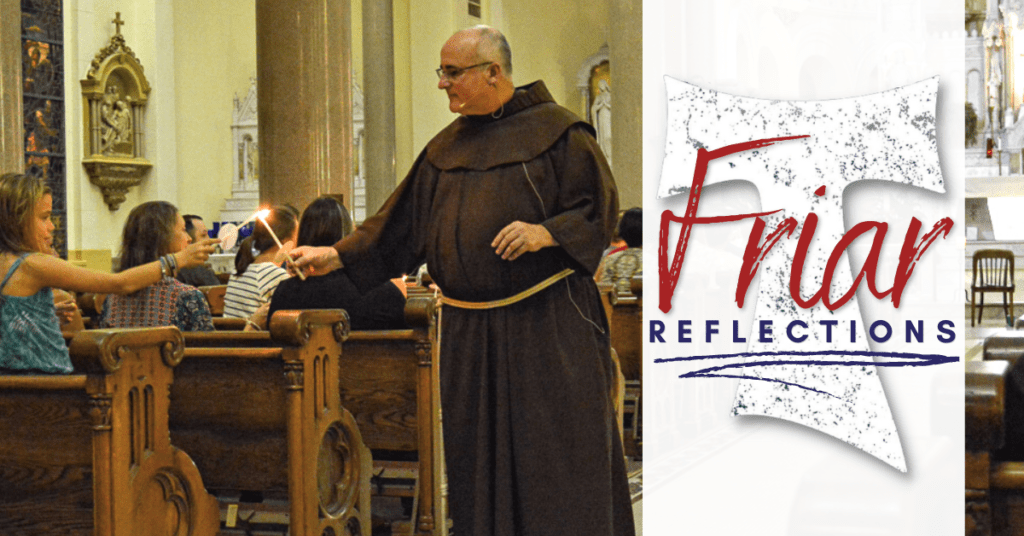 In this Sunday’s second reading from St. Paul’s second letter to Timothy, St Paul states that his gospel for which he is suffering is the Gospel of Jesus Christ. And that got me thinking, which “gospels” do we choose to follow. Hopefully we, too, follow the Gospel of Jesus Christ. But there are many other gospels in existence as well, known as the apocryphal gospels. Apocryphal gospels are those Christian works that recount the life or sayings of Jesus but are not included in the New Testament. In following the Gospels, we learn about the life of Jesus of Nazareth and how he instructs by word and example as to how we are to live our lives. The Gospels are both at the same time, challenging and uplifting. Today, many people may feel lost and confused in our fast-paced, ever-changing world, but probably at the time that Francis of Assisi walked our earth, things were not much different.

In the beginning of the Franciscan Rule, Francis wrote, “The Rule and the life of the Friars Minor is to simply live the Gospel.” Easier said than done, but maybe that was the key to the conversion and legacy of St. Francis. In his early life he was not one to always follow the rules, but our Lord was able to break through his reckless youth and set him on a path that countless others were soon to follow. Francis trusted a deep voice inside of him, he sought out Jesus and through that encounter was motivated to imitate His life. Francis, through the Grace of the Holy Spirit, began his own understanding of how to follow Jesus, through prayer, awareness of creation that we have all been gifted, and the reality of suffering of the world around him, allowing all this this to transform him.

It is truly the Gospels of Jesus Christ that can transform us as well if we allow it to. I don’t know if Francis’ plan was to just change himself or to change to world around him, but whatever his intention was, it was extremely contagious to those with whom he came in contact. His new vision of what it was to be a part of God’s creation ignited a hunger for those who chose to follow him.

Francis didn’t want to be a “cookie-cutter” for those who sought him out, instead, he wished that they find their own way through the Gospels of our Lord. Francis’ living of the Gospel was a simple lifestyle. At its best, Franciscan life is not words but rather in doing, not making things more complicated than what they need be. Francis seemingly did live the change he wished others to see. He asks us to model and mirror the life of Jesus in the world in his time and in ours, to “preach the Gospel at all times, and when necessary use words” describes Francis’ authenticity allowing and creating real change.

Francis’ “leaving the world” did not mean leaving creation, but leaving what we might call the “system.” Francis wasn’t satisfied with business as usual and lived in a radically different way. Francis was at last being true to himself and true to Gospel living. May we be granted the grace to do the same.

Peace and All Good,
Fr. Zack