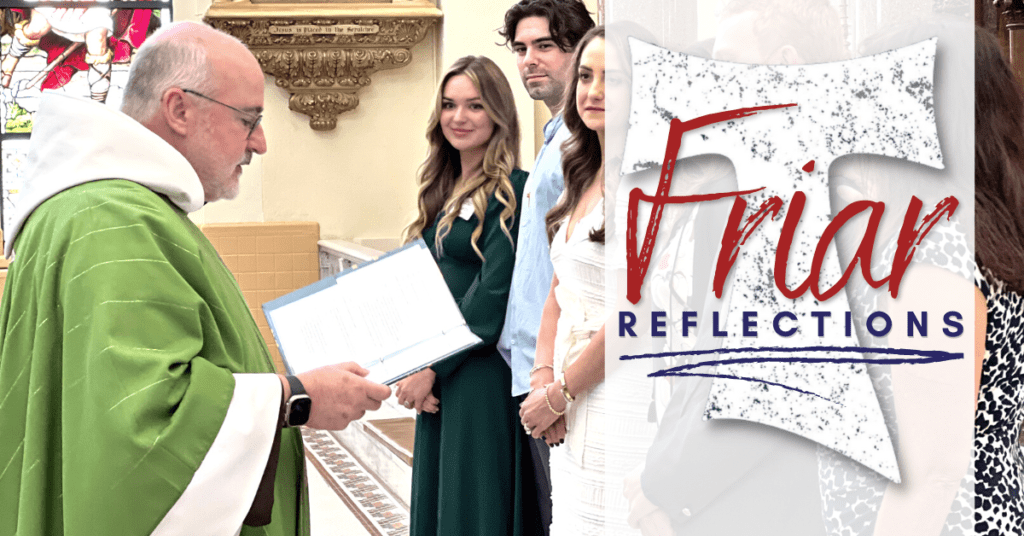 The definition of personal integrity could be living not for reasons which may benefit the individual, but living as to benefit the people one may come in contact with, as well as the world in which one lives. In today’s Gospel, the rulers think they are putting Jesus to the test. If He is the Messiah, the King of the Jews, then He will save himself from crucifixion. And if He does this, His claims will be true. If He refuses to or cannot do this, His claims are false. The rulers motivation and reasoning is carefully captured in a passage from the Book of Wisdom 2:12- 20. I encourage you to take the time to read this passage.

The philosopher, Simone Weil, died very young at the end of the Second World War. She was Jewish, but she loved Christ with a great heart. There is a story that one day a priest watched her as she was gazing on the crucifix in a church and said, “Simone, what do you see when you look at the cross?” She said in reply, “I see God’s apology for all the pain.” What a wonderful understanding: “God’s apology for all the pain.” He could not take away our pain without taking away our freedom, and He created us for freedom, not for slavery. And while He couldn’t take it away, there was only one alternative, to share in our pain. That is why His Son comes down, takes on human flesh, becomes terribly vulnerable, and, in the end, suffers and dies for our sake.

He suffered and we dare to ask, “How could God allow this to happen?” How could God look down and watch His Son destroyed, abandoned, and hated. People going out of their way to show that not only are they going to despise him, but also destroy him. And we continue to ask ourselves, “For what purpose? Why?”

We know the answer from John’s Gospel; “God so loved the world that He gave His only Son that whoever believes in Him may not die, but may have eternal life.” And even through everything, why the great pain? Why did He have to … Why did it have to be so painful? Weil says, “because on the high hill of Calvary, nobody from the beginning of time to the end of time can say anything but, looking into the eyes of the crucified Messiah we would say, ‘He understands.’ ”

Jesus understands. He understood the repentant thief who took the responsibility for the life he choose to live, was finally able to see the error of his ways, and have the courage to ask Jesus to remember him. The thief regained his integrity. The death of Jesus asks us all to examine our own lives. Even for the thief on the cross alongside Jesus, it was not too late. The integrity of Jesus comes crystal clear.

What Jesus said and did during his brief life on this earth were of one accord. He did not seek out death, but He died a martyr, valuing God’s will more than His own life. He lived and He died teaching and living a nonviolent way of life, holding forgiveness and reconciliation to be absolute values that had to be followed at all costs.

When pressure was brought against Him to abandon those values and use whatever powers He had to protect Himself, He refused to do so. This profound integrity lifts Him above all others and reveals to us a forgiving God who will take to Himself when we have the courage to ask.

That is why Jesus, the Christ, is King. Amen!

Peace and All Good,
Fr. Zack