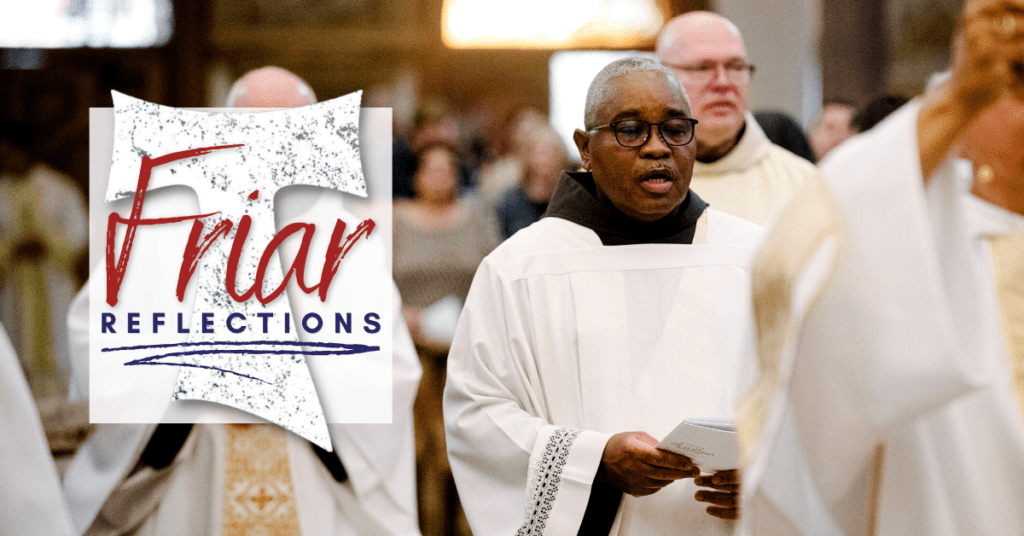 As St. Francis stressed the need for another kind of being in the world, so the Franciscan order seeks more wherein God calls all of us to be peacemakers and reconcilers. This evokes the Franciscan’s principle of “faternitas,” which can be translated as “fraternity” or “brotherhood,” but is defined with a certain emphasis by Pope Francis, who interprets the principle to represent “family.” Pope Francis uses fraternitas as a metaphor for reimaging social and political engagement. He summarizes that while families have disputes, healthy examples of family work to resolve their issues. Pope Francis believes fraternitas can be a model for thinking about the bigger picture within society.

Families may quarrel, but ultimately, the family bond is something that does not change. The pains and struggles of a family argument are felt by all its members, sometimes even after the resolution is reached. That is what it means to be family. As we reflect on this weekend’s Gospel, with Jesus providing the “New Commandment” to the eleven remaining disciples, we can learn how to apply the way Pope Francis defines fraternitas more regularly. For example, if we viewed our political opponents, or a rival in the workplace in the same way that we view our children or spouse, mother or father, what a difference we could make!

True peacemaking requires truth telling and shared commitment to the good of others. It also requires recognizing how decisions have consequences—some of which could have dramatically negative ones—for the most vulnerable among us in society. As Franciscans who work for a tranquil social coexistence, recognizing that the people of God should witness and walk in the footsteps of Christ, we never forget the inequality and lack of integral development to make peace possible. St. Francis promoted a model of fraternitas being a lens through which to view all relationships, while always prioritizing the poor and marginalized.

Pope Francis goes a step further by not condoning “easy” forgiveness or reconciliation, which often comes at the expenses of silencing or dismissing the discomfiting experiences and histories of those who have been victimized. Instead, Pope Francis insists on the importance of memory in a manner evoking the theological concept of “dangerous memory,” or the decisions and actions arising from fear and resentment. That memory should serve as an opportunity for healing through fraternitas.

READ MORE: For more on ‘Fraternitas’ and the three principles of Franciscan relationships as seen in Pope Francis’ Fratelli Tutti: click here.

In the spirit of St. Francis, Pope Francis appeals to all religious believers, regardless of their traditions, to be agents of reconciliation, recognizing the fundamental commitment that we all must promote the common good. St. Francis ties together the importance of the example of Jesus Christ and faternitas as the foundation for our universal human vocation to be peacemakers and reconcilers, for the well spring of human dignity and fraternity is the Gospel. From it arises the action of the Church, the primacy given to relationships, the emphasis to the encounter with the sacred mystery and enter into universal communion with the entire human family as a vocation.

Peace and All Good,
Friar Henry